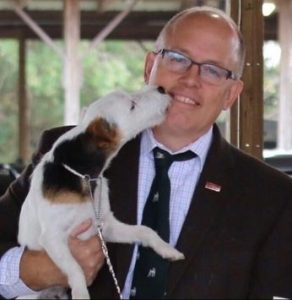 Dr. Douglas Tack is our Medical Director and Chief of Staff. He graduated from Michigan State University College of Veterinary Medicine in 1988, at which time he moved from the family farm in Michigan to New York. He spent many years focusing on Emergency Medicine and Critical Care, where he developed his special interests in Internal Medicine, Soft Tissue Surgery, and Avian/Exotic Medicine. Dr. Tack joined Black River Veterinary Hospital in 2006. He enjoys spending his spare time with his wife Dr. Susan Tack (also a veterinarian!) and children Erin (beginning veterinary school at University of Pennsylvania in fall 2019) and Greg (currently attending graduate school at William Paterson University.) Dr. Tack has 8 Jack Russell Terriers and 1 Border terrier, and he can often be seen at Terrier Trials (dog shows) around the United States and Canada. His passion for working terrier breeds has given him the opportunity to Judge throughout the United States, Canada, and Great Britain. 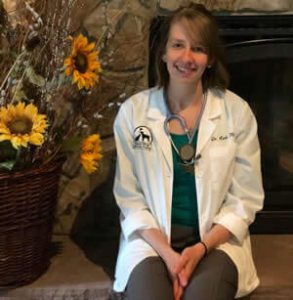 Dr. Maria Hancock has been at Black River Veterinary Hospital since June 2018 and has loved meeting everyone and their beloved pets! She completed her B.S. in Animal Science at Rutgers University and attended veterinary school at the University of Edinburgh in Scotland. She has a special interest in animal nutrition and surgery. When she is not practicing, she enjoys the outdoors and is a self-proclaimed foodie, trying all kinds of cuisines, with Korean being her favorite. Dr. Hancock is the proud owner of “Misia” a crazy beagle, and “Uno,” her one-eyed feline friend. 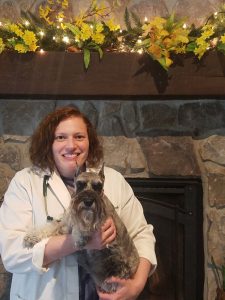 Dr. Suzanne Bliesath received her veterinary degree from The Ohio State University in 1998. She grew up in Northern NJ and raised her family in Long Valley. In addition to treating dogs and cats, she also sees small mammals, such as guinea pigs, rabbits, ferrets, chinchillas and hamsters. Her interests include animal behavior, skin disorders, reproduction, service animals and preventive medicine. She believes in treating her patients as if they are her own and encourages client questions. Dr. Bliesath joined BRVH in late spring of 2019.

When she is not in the hospital, you can find her with her husband, three children, dogs Miley, Bella, Sprinkles and Brownie, or out on her boat!

Dr. Kelly Vex began the pursuit of her dream to practice Veterinary Medicine as a young girl in Niagara Falls, New York. Dr. Vex earned her undergraduate degree in Animal Science from Cornell University and graduated from Michigan State University College of Veterinary Medicine in 1994. As a student, she was recognized by the American Association of Feline Practitioners for outstanding interest and ability in feline medicine and surgery. After graduation, she moved to Northern New Jersey with her husband to begin her veterinary career. Inspired by a service dog patient as MSU, she was a volunteer veterinarian for guide dogs in training on her days off at the Seeing Eye in Morristown. Although Dr. Vex enjoys all aspects of small animal care, she has developed special interests in soft tissue surgery and internal medicine. When not at work she enjoys the outdoors, DIY projects, and spending time with her husband and their four children. 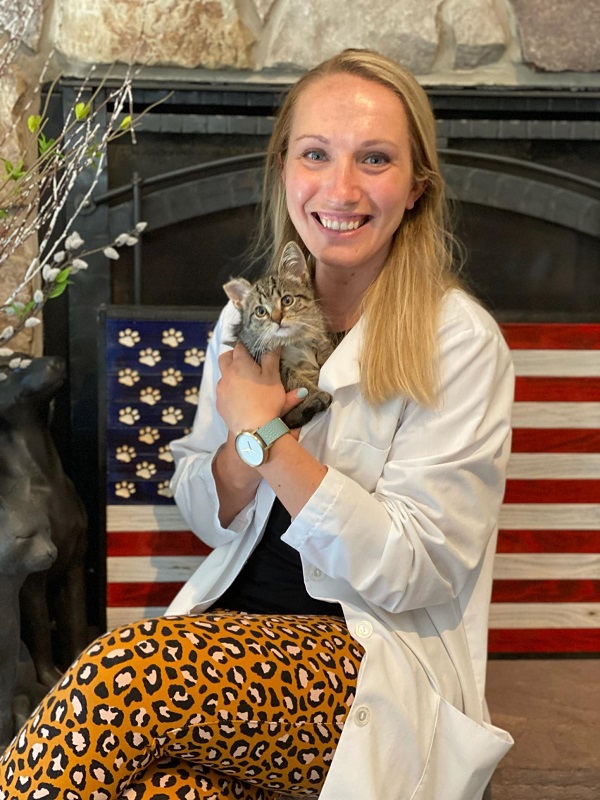 Dr. Natalia Dziegiel has always known she wanted to be a veterinarian, since the age of 5! She began the pursuit of her veterinary career by getting her Bachelor’s in Animal Science at Rutgers University. After Rutgers, she completed her Bachelor’s in Veterinary Science (BVSc) at Massey University in New Zealand. She has a special interest in pain management and surgery.

Dr. Dziegiel is a New Jersey native with a strong Polish background. When she is not practicing, she enjoys spending time outdoors, including paddle boarding and hiking, arts & crafts, and trying new foods! Dr. Dziegiel currently has a cat named Amazon, but hopes to add to her fur family in the near future!